In recent years, various portable electronic products such as mobile phones, digital cameras, music players, tablet computers, superbooks and notebook computers are almost indispensable, and security problems have followed. In addition to the battery fire and explosion accidents that people often hear, The charger is so hot that accidents such as fires sometimes occur. In order to ensure the safety of products, countries and regions have introduced corresponding standards to regulate the market. For example, IEC60950 and GB4943-2011 all specify the safety requirements for regulated power supplies (LPS), which are short-circuited or otherwise abnormal. In the case of current, the protection device must reduce the current to less than 8 amps within a specified time to prevent accidents from occurring due to excessive temperature. Some big brand manufacturers have also added corresponding protection devices or circuits to meet the safety requirements in the charger design.

With the increasing capacity of lithium batteries used in portable electronic products, fast charging is increasingly favored by many manufacturers. The charging current of a fast charging mobile phone introduced by a domestic manufacturer can reach 5 amps, and other manufacturers have followed suit. Quickly charge your phone. As the output power increases, the heating problem of the charger is also becoming more and more serious. Some manufacturers pursue low cost and use inferior components. Not only is the power conversion efficiency low, but also lacks circuit control and protection, resulting in fever when the user uses it, causing serious fire and endangering personal and property safety.
Figure 1 is a thermal imaging diagram of a charger in 5V/2A charging state, the maximum temperature reaches 64.9 Â° C, the current mobile phone charger heating is a common phenomenon, for the charger manufacturer, the charger heating problem must be paid attention to Especially for fast chargers with a charging current of 5 amps or even 6 amps, it is necessary to consider the safety problems caused by heat during product design and production.
Let's briefly analyze the security aspects of the mobile phone charger.
At present, most mobile phone chargers use switching power supplies, which are mainly composed of input rectification, filtering, voltage and current control, high-frequency transformers, output rectification and filtering and feedback networks. Among them, high-voltage capacitors, switching tubes and transformers are the main heating elements. Since portable electronic products are pursuing miniaturization and heat dissipation performance is relatively poor, it is almost impossible to reduce the heat generation of components such as transformers. When the rapid charging of mobile phones becomes a trend, the heat is more serious when the charger outputs a large current. Therefore, the inside of the charger is more serious. The voltage and current control and protection circuits or components are essential. At the same time, due to the special chemical characteristics of the lithium battery, the lithium battery must be charged in constant current and constant voltage mode, as shown in Figure 3.
The charger control circuit is mainly composed of active components such as a semiconductor chip and a switch tube, and the semiconductor material is sensitive to factors such as static electricity, high temperature, high humidity, and pulse. When the control chip and the switch tube are affected by the above factors, they are easily damaged and lose normal voltage. The current control function not only causes the charger itself to heat up seriously or even catches fire, but also abnormal charging of the mobile phone battery may cause overcharging to cause the battery to ignite or even explode.

Figure 3 Graph of charging current and voltage of lithium battery 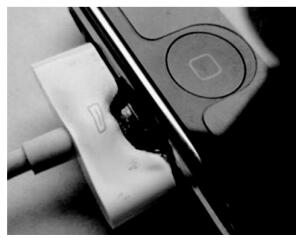 Figure 4: At the charging port, impurities such as sweat and foreign matter may cause micro-short circuit, which may cause heat, and the temperature will rise sharply, thus burning the charger and the mobile phone, and serious damage to personal property such as fire. If there is a protection component such as a PTC at the output of the charger, if the current is sensed or the temperature is too high, the charging circuit will be disconnected to avoid accidents.
In order to ensure the safety of use, domestic and foreign safety regulations or standards for charger products stipulate that such products must be able to prevent a safety accident in the case of a single fault. As the charger becomes smaller and smaller, the internal components are small and the distance is very close. The residual tin slag or other impurities on the circuit board may cause internal micro-short circuit and cause local heat generation and temperature rise. Or because the current is out of control due to the failure of a certain component, the external short circuit of the charger may occur, or the abnormal current may be caused by the failure of the lithium battery. Therefore, the design of the product must meet the safety requirements to ensure the safety of the product.
In response to this requirement, the safety certification body will test the short-circuit of the output terminal under the single fault condition during the product safety test. For example, in the fault state where the control chip function is disabled or the switch tube is short-circuited, the output voltage and current may be lost. Control generates an abnormally large current. At this time, if there is an overcurrent or overheat protection component inside the charger, such as TE's PPTC (Positive Temperature Coefficient Thermistor for Polymer Materials), it can effectively provide safety protection. The product is a circuit protection component that has passed the safety certification of UL, TUV, etc. When the temperature is too high or the current is too large, the PPTC will exhibit high resistance characteristics, only a small current flows, preventing the internal heat of the charger and the port from continuing to heat up. After the temperature is lowered to normal temperature and the external short-circuit fault is removed, the PPTC will return to the normal low-resistance state and the charging function will return to normal.
As can be seen from Figure 2, the input terminal usually uses a fuse or fuse to prevent accidents such as fires in the transformer or rectifier components due to current runaway. The PP TC (recoverable fuse) at the output can be shorted or internal to the output. The charging current caused by the failure of the component is too large to protect the inside, which can prevent the internal temperature of the charger from being too high and cause accidents, and can effectively prevent a safety accident such as a fire and explosion caused by overcharging of the lithium battery.
For the use of the charger, the following points should be noted:
1. Whenever possible, use the original charger, the output voltage and current are matched with the battery characteristics, which can ensure the safety of charging and maximize the energy of the battery.
2. When purchasing the charger, pay attention to the brand and 3C certification. The 3C-certified charger meets the national mandatory standards for electrical safety and electromagnetic compatibility, and is safe and secure.
3. Do not charge in a high temperature environment, such as in a car in the summer or near other heat sources, to avoid accidents caused by excessive charger temperature.
4. Don't charge in the unmanned room for a long time or plug the charger into the power socket, which consumes energy and has potential safety hazards.
5. Do not use your phone while charging to avoid accidental personal injury.
Provides a convenient upgrade method for field devices and gets the latest performance improvements. The DA14580 runs both the application and the Bluetooth stack and is powered by only one CR2032 battery. To save material, the core system of the tag requires only five passive components: no 32kHz XTAL is required.
The reference design has a peak current consumption of 5mA in active mode and a current consumption of less than 600nA in standby mode. It has the shape of a typical proximity tag and comes with schematics, wiring information, user manuals, test reports, Source code and SmartTags application source code.
Conclusion <br> Bluetooth Smart is derived from a wide variety of applications due to its ultra-low power features and support from a collaborative ecosystem. However, due to the rapid emergence of applications, design engineers need to speed up their work, so excellent reference designs are critical to capturing market timing. Proximity to label applications is a model, and many companies are vying to attract market attention, but with the differentiation of power consumption and connection reliability, many companies will fall behind in competition.