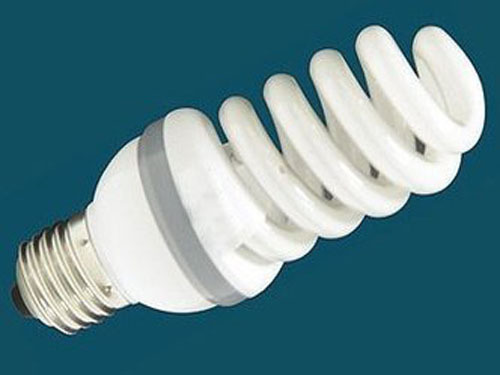 Most people think that the inventor of the electric lamp was the invention of King Edison. Actually, the experimental research in this area began before Edison.

Incandescent In a patent archive in the United States in 1845, Cincinnatiâ€™s Starr proposed that carbon filaments could be used in vacuum bubbles. Swann of the United Kingdom used this idea to use a piece of carbonized paper as a filament in an attempt to make current shine through it. However, because the vacuuming technique was still very poor, the residual air in the bulb caused the filament to burn quickly. Therefore, the life of this kind of lamp is quite short, only one or two hours, and it has no practical value. In 1878, the appearance of the vacuum pump made it possible for Swan to carry out research on incandescent lamps again. In January 1879, the incandescent lamp he invented was publicly tested and praised.

In 1879, Edison also began to invest in the study of electric lamps. He believes that the key to prolonging the life of incandescent lamps is to increase the vacuum degree of the bulbs and adopt low power consumption, strong light emission, and low price of heat-resistant materials as filaments. Edison tried 1600 successively. A variety of heat-resistant materials, the results are unsatisfactory, October 21, 1879 the same, he used the carbon fiber as a filament, put it into the glass ball, and then start the air pump vacuum into the ball. As a result, the light emitted by the carbonized cotton filament was bright and stable, and it was bright for more than 10 hours. In this way, an incandescent bulb of carbonized cotton was born, and Edison obtained a patent for it.

Success did not stop Edison. He continued to search for a more durable, heat-resistant material than carbonized cotton. In 1880, Edison developed a carbonized bamboo filament lamp, which greatly increased the life of the filament. In October of the same year, Edison set up his own factory in New Jersey and began mass production. This is the worldâ€™s first commercial incandescent lamp. In 1881, a factory was established in Benville, on the outskirts of Newcastle.

The competition between the two inventors was fierce. Patent disputes were almost inevitable. Later, the two reached an agreement to form Edison, Swan Edison Electric Company, to produce incandescent lamps in the UK.

The modern incandescent incandescent lamp was not successfully manufactured by the American inventor Kulich until 1908. Luminaires are filaments drawn from metallic tungsten. The most valuable feature of this material is its high melting point, which means it remains solid at high temperatures. In fact, the filament temperature of a lit incandescent lamp is as high as 3000Â°C. It is the glowing filaments that produce the light that makes the light shine. Because some tungsten atoms evaporate into gas at high temperatures and deposit on the glass surface of the bulb, causing the bulb to turn black, the incandescent bulbs are all caused by a â€œpotatoâ€ shape, in order to make the deposited tungsten atoms in a The larger surface spreads out. Otherwise, the light bulb will be blackened in a very short time. As the filament is constantly being sublimated, it will gradually taper until it is finally disconnected, when the life of a light bulb is over.

Of all the lighting fixtures used, the efficiency of incandescent lamps is the lowest. It consumes only a very small part of the electricity, that is, 12%-18% can be converted into light energy, and the rest is lost in the form of heat energy. . As for the lighting time, the life time of such lights usually does not exceed 1000 hours. At this point, halogen lamps are much longer than ordinary incandescent lamps. The appearance of the halogen lamp is generally a small quartz glass tube. Compared with the incandescent lamp, the particularity of the halogen lamp is that the tungsten wire can "self-regenerate". In fact, the lamp filaments and the glass envelope of this lamp are filled with halogen elements such as iodine and bromine. When the filament heats up, tungsten atoms are evaporated toward the glass tube wall.

When the filament of the incandescent lamp is tungsten filaments approaching the glass tube, the tungsten vapor is "cooled" to about 800Â°C and combined with halogen atoms to form tungsten halides (tungsten iodide, tungsten bromide). The tungsten halide moves toward the center of the glass tube and falls onto the corroded filament. Because the tungsten halide is very unstable, it will decompose into halogen vapor and tungsten when exposed to heat, so that tungsten is deposited on the filament to make up for the evaporated part. With this cycle, the life of the filament will be much longer. Therefore, the filament of the halogen lamp can be made relatively small, and the lamp body is also very small. Halogen lamps are generally used where there is a need for concentrated illumination of light, such as for lighting on a desk or a part of a living room.

The Australian government has recently launched a plan to gradually adopt energy-saving fluorescent lighting equipment to reduce greenhouse gas emissions, and will prohibit the use of incandescent light bulbs from 2010 onwards.

This is the first plan in the world to phase out incandescent bulbs. In order to save energy, for the sake of environmental protection, incandescent light bulbs will end their lives!