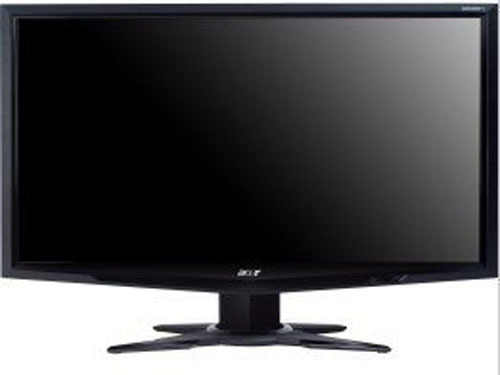 First, the appearance - the first thing to look at is that the outsourcing is not opened. If the sealing tape (including the seal at the bottom of the box) has two or more layers, it means that it has been opened and it is better not to have it. The packaging box should be printed with a trademark, serial number and other information. After opening, the foam should be completely new and white, and most displays should be placed in a large plastic bag. There should be no stains, fingerprints, etc. on the surface of the monitor. The coating on the display should be free of any signs of shedding or scratches.

Second, the resolution - first set the monitor to the best resolution (1024 Ã— 768), adjust the screen to full screen display. It must be noted that many shopping malls use a divider to connect N displays at the same time, and the divider has a great influence on the display effect of the display. If possible, you should let the dealer directly connect the display you want to buy to the VGA port of the graphics card. And it is better not to use NVIDIA's display card, because NVIDIA's display card is not very good in terms of focus and so on, which will affect the final display effect.

Third, convergence - in addition to focusing, the convergence effect should also pay attention to see. Convergence is divided into horizontal convergence and vertical convergence, which can generally be adjusted separately. Using the renderings in the test software, you can easily see if the display has convergence problems. Intuitively, poorly-converging displays have a faint red or yellow color border when displaying images (especially text files). Some monitors can adjust convergence and you can try to adjust them.

Sixth, color purity - Another problem associated with color is that color purity, color purity, poor display color looks very "dirty", and especially evident when the same color is displayed on the full screen. We can adjust the desktop background red, yellow or blue to see the color purity. In general, monitors that use Trinitron or Diamond CRTs generally perform well in color purity.

VII. "Breathing" - The breathing effect is due to the inaccurate design of the dynamic control of the deflection coils, which will deform at high brightness edges. The display with obvious respiratory effect will adjust to a full screen when the background color is pure black. When the background color is pure white, it will expand horizontally. The amplitude is generally about 1 mm to 3 mm, and the monitor with the expansion amplitude exceeding this range is the most. Do not buy it.

Eighth, moire - Moire, also known as water ripples, although in general use can not be seen, but in some translucent time (such as WINDOWS's shutdown screen) is very obvious, together with a screen It's very ugly. The MoirÃ© effect can be removed by adjusting the relevant options in the DOS menu, but there is also a part of the monitor that cannot be completely eliminated.

Nine, warm floating - debugging to the present, it is estimated that the display has been open for twenty or thirty minutes, then we can observe the temperature drift of the monitor. Due to the need for a warm-up process inside the display, the display will generally have a horizontal or vertical displacement after half an hour of operation, and an amplitude in the range of 1 mm to 4 mm is acceptable. Wen Piao has no influence on the average user, and everyone need not worry too much about it.

X. Geomagnetism - Geomagnetism will also have an effect on the display (if the magnet is placed next to the display, the display color will change), the display will color, and some areas will be blue or reddish. So the display's swing direction is best facing south or facing north, and the display of the east-west swinging display may be more likely to be color cast. If the display has a color cast, try using the degauss function provided in the DOS menu.

This is the special function of WS2813- Break-point resume.

that it means when one of the led bead was broken,the next led will still working.

With this function, the WS2813 is more suitable the large projects than other IC.

The more fast transmission rate and 256grays, the WS2813 Digital LED Strip is the first choice for large projects.