Believe that everyone has taken a HDR photo with a cell phone, only need to hold a steady brush, the first impression of the sample is to be brighter than the normal mode, a closer look at the details of the dark part of the subject is more clear, bright The Ministry will not appear too exposed. What exactly is HDR in the end? This technique is called the high dynamic range of the brightness. If the brightness level of the next picture in the normal mode is set to 10, then the brightness level in the HDR mode may be 12 or 14. Several additional brightness levels can accommodate more. The colors and details. Remember, the brightness, color, and details in the picture are all mutually complementary, as we will see later.

To answer this question, you first need to briefly review the history of the development of the video format, because from it you can see people pursuing the real world footprint from the display device. The ultimate goal of video development is to allow our eyes to see a picture closer to the real world on the display terminal. The pictures on the display device are reproduced through the processing of digitized information. Such digital information Also, the factors that people often say that affect the quality of display devices can be summarized in five aspects. 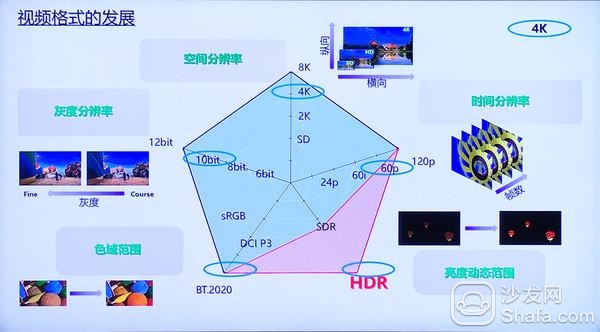 First, the spatial resolution, which is what we often say Full HD, 4K, and 8K, etc. Second, the gray resolution, this is a concept of image color depth, manufacturers advertise XX color LCD panel is this thing, The unit is bit; Third, the time resolution can be understood as the fluency of the picture, dynamic response and refresh rate, etc. Fourth, the color gamut, we should all understand, the common NTSC and sRGB standards, intended to represent The sum of the colors that the screen can display; and the last point is the high dynamic range of HDR that we are going to talk about today. 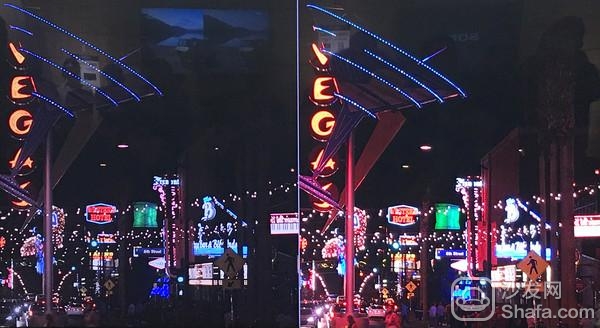 These five factors together add up to a complete color space. The size of this space will affect the effect that the entire video will eventually be restored in our eyes. The first four of the five factors have all reached a higher level. 8K, 10K screen has long been heard, 12 and 14bit panels have also been common, the dynamic response time is generally between 8ms to 2ms, NTSC color gamut has long exceeded 100%. The only high brightness dynamic range still stays at SDR, a relatively lagging level. 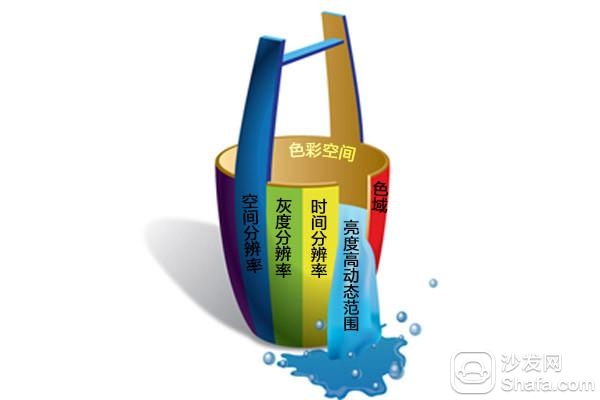 This is just like the principle of casks. Others are the top-heavy pieces of wood, except that the high dynamic range of brightness lacks a hole, and no matter how water is filled with dissatisfaction, the color space has not been able to expand even more. So this time the HDR technology came into being. It needs such a new standard to make up for the lack of this dimension and allow the display quality to break through the bottleneck and reach a new height.

What can TV HDR technology bring?

After raising the dynamic range of this brightness, the color space has also improved. What will happen to the images that appear before our eyes? 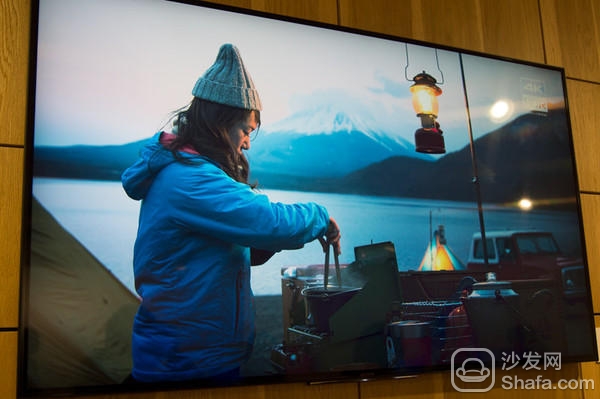 HDR fully demonstrates the details of different brightness screens
In our real-world brightness dynamic range is very wide, even in some of the darker environments there is brightness, this brightness has a unit name called Candela square, commonly known as nit. The film source shot by the shooting device is played on a display device, and it is generally difficult to reproduce the real-world luminance range. There are reasons why we said the video format before, but also the reasons for compression, transmission, display devices, and so on. 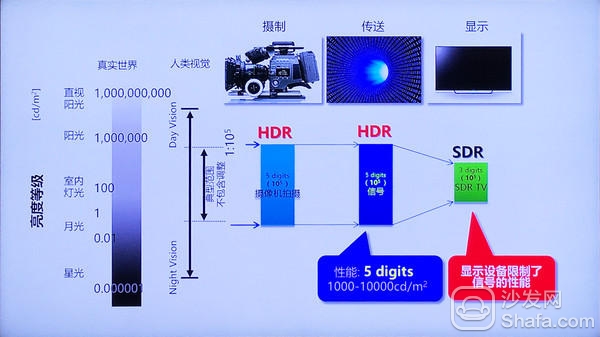 Brightness level diagram
The human eye has a range of perception for the brightness range. There are some high-end shooting devices that can basically meet the needs of the human eye system, and there are obvious shortcomings in transmission technology and display technology. HDR TV at this time is the best choice to break through this bottleneck. The sensory enjoyment of true TV HDR technology is something you can't resist.

The increase in brightness information also means that the colors and details on some brightness levels that could not be restored have also been reproduced. 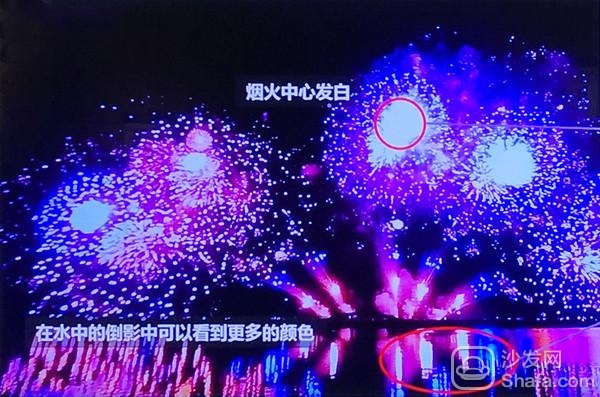 Can someone say that ultra-wide color television can not see more colors? This problem is a typical neglect of the role of brightness in the picture. The color is affected by the brightness, because in different brightness conditions, the color will have different changes. Returning to theory, the color coding method that we have customized, whether it is BT.709 or SDR standard, the gamut space should be multiplied by the brightness range to become a three-dimensional concept, which is what we said before. Color space concept. Higher brightness latitude HDR TVs can show clearer colors and details under more extreme brightness.

With such a revolutionary technical standard, there was a situation in which TV manufacturers at CES 2016 scrambled to appear in HDR television. In fact, what consumers are most concerned about is whether we can now purchase these HDR TVs and whether they can enjoy the effects it should have.

Let us first take a look at the status quo of domestic manufacturers to deploy HDR technology. To say something aside, although domestic manufacturers are not the makers of technical standards, the highest-end technologies are not in their hands. However, the progress made by domestic TV makers over the years is obvious to all. The exaggerated propaganda tactics that everyone sees, or the compelling public relations copywriting, is worth mentioning. In a fierce competitive environment, this is a way for them to open up the market. 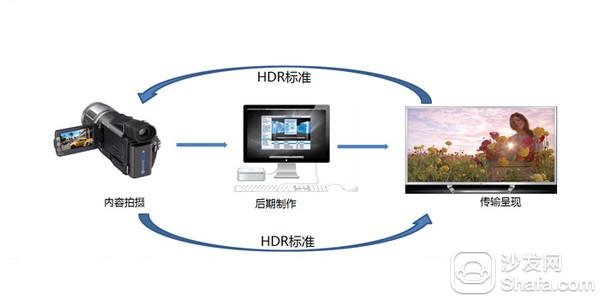 Domestic manufacturers, including TCL, Hisense, Skyworth, and Konka, all have HDR technologies involved in television, and they are also vigorously deploying related infrastructure. It is reported that the current layout of TCL in this area is relatively rapid, and it already has a relatively mature full-ecology HDR technology and product line. Through the foregoing analysis, we also learned that in order to achieve a true HDR display effect, HDR standards must be followed in all aspects, from front-end shooting, content encoding and transmission, back-end hardware support, and software optimization. Still great.

In terms of content, domestic streaming media content providers have very limited support for HDR video. Currently, they basically cooperate with foreign streaming media websites to create online HDR video resource platforms, such as TCL and Hollywood in depth cooperation. However, with the development of HDR video technology, the domestic global broadcast, Tencent video, and lychee TV video will also be gradually launched in the second quarter. The co-operative TV makers will be able to obtain timely source supplements. 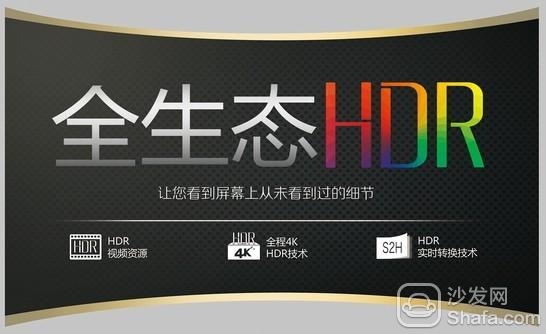 Of course, if the home is not connected to the Internet, but the set-top box to watch video, or want to see the video does not HDR format, then HDR TV can have any effect? This problem is very real, just like when 4K TV came out, the 4K video that can be ordered on demand are basically a few demonstrations. At that time, a picture quality compensation technology came out, commonly known as 2K to 4K, although the effect is not as good as the native 4k video. , But at least for the source video optimization, the effect will be much better on TV. The HDR TV is once again using a similar power technology. Domestic TCL and other manufacturers use HDR technology to convert ordinary content into HDR content standards. This is different from the way that the ordinary SDR signal was stretched in the past, but by adjusting saturation. Guaranteed color tone does not produce deviation. At the same time, the dynamic upgrade technology will also pass the original SDR signal through the brightness compensation, so that the source brightness details closer to the HDR standard display brightness. 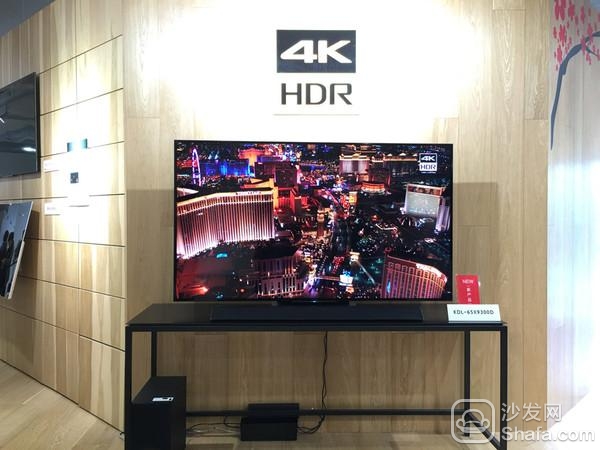 Of course, foreign companies are led by Sony. The camera itself is almost a monopoly on the front end. Sony has 4K and 8K cameras F65, F55, etc. which can record HDR high dynamic range. Last year's hot month pass was shot with the F55. In the field of professional video, Sony is indeed a single player and has adopted a more mature solution on HDR TV. Thanks to its unique photography products and content data, it is more accurate in terms of the quality of the driver chip, and it gives HDR more room for backlight technology and image processing engines. Of course, the old TV manufacturers Panasonic, LG, Samsung also have a relatively complete HDR TV solution.

Whether it is domestic TCL, or international giant Sony, they all aspire to be pioneers and openers on the road of HDR TV. The application prospect of HDR TV technology is still very clear.

Conclusion: HDR technology is a bit like the 4K technology of the year. It is to restore the real world more realistically, and the TV content that people see is getting closer and closer to the real world. Having said so much, I think there is a saying that is the best interpretation of HDR TV. It can display higher dynamic range, wider color gamut and clearer picture details than ordinary TVs, allowing you to see details that have never been seen on television. The development of display technology is never stopped, people will never be satisfied, just like fast processors are not too fast, and high resolution is not too high, HDR brightness dynamic range improves the overall color Space, but then there will certainly be higher standards for color space. The next step is to see what surprises are coming from domestic and foreign TV manufacturers.


Christmas Mini Light String is waterproof and durable. Can be used in any season and many applications such as wedding, party, garden etc. We have different wire model and Replacement Bulb type to choose.

Decorative string lights are not just for holidays anymore . Instantly transform indoor and outdoor spaces with a wide selection of covers and finishes that match current trends and personal tastes and expressions.

Celebrate any season ,event or inspired whim with a charming new set of outdoor string lights!