Nowadays, the application potential of human-computer interaction technology has become more prominent. For example, smart phones are equipped with space tracking technology, and they are applied to haptic interaction technologies such as virtual reality, remote control robots and telemedicine. For silent speech recognition of people with language barriers, there are various Innovative technologies such as fingerprint recognition, TDDI, and pressure touch technology are now more popular. 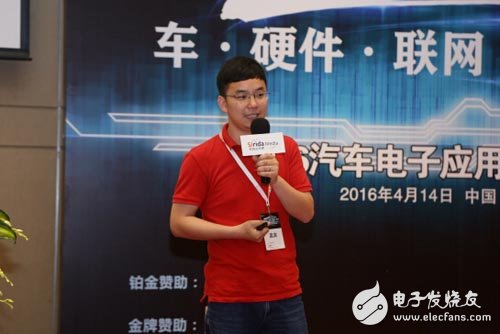 For the standard problem of voice, Lei Xiongguo, vice president of Spirit, said that the standard of mobile phones is touch, and the standard of smart phones is touch. From the perspective of interaction mode, voice interaction is from touch to language. On the other hand, many interactions in the future will depend on its hardware form, that is, many people now say that the mobile phone will disappear in the future, but from the perspective of real technology development, including the current Internet of Things. The whole rise, many novel hardware will be intelligent. At this time, all kinds of hand backs do not have a screen. The core purpose of interaction is to obtain some information and functions on these hardwares. Obviously, the hardware cannot be satisfied. In such a development situation, voice will become a standard.

From the perspective of interaction, in the next in-vehicle intelligence process, voice is only one part of human-computer interaction. Lei Xiongguo pointed out that he hopes to see more interactions combined with voice, including a series of artificial intelligence technologies such as somatosensory, gestures, images, etc., which can quickly enter the car and have multiple in the actual car. Applied multimodal technology.

How to overcome difficulties in voice interaction

When talking about how to use car voice and how to do it interactively, as a voice technology manufacturer, Spirit, more attention is paid to what problems can be solved by voice, and in the current application process, voice technology and those Difficulties need to be overcome? In this regard, Lei Xiongguo shared three points.

First, the noise environment. The noise environment is very important and needs to be solved very well. It is the basis of the first step of human-computer interaction to solve the noise problem in the vehicle environment. In solving this problem, there is a large class of directions that include correcting interruptions in the event of an error; including adaptive suppression of some car noise and environmental noise; including some music or sound in the actual car's equipment. When you can interrupt it at any time, etc.;

Third, product design that is more in line with user needs. After many years of communication with first-line customers, it is very important. In fact, many times, the technology may have reached a certain stage. In fact, upstream and downstream partners are required to carry out multi-faceted and multi-level integration and design for the products of the Internet of Vehicles. This requires product side, technical side, and even a piece of manufacturer to cooperate.

The interactive core is an important part of the interaction between the cars, which is echo cancellation. Lei Xiongguo said that product design is comprehensive and can be viewed from three perspectives.

Second, how to integrate voice technology with business, how to integrate with navigation, how to connect third-party music resources more closely and seamlessly, and also need to invest a lot of product design and development to do it. Its user experience is the ultimate;

The third is that we can provide relatively more focus in the current car environment, so it is very important to integrate navigation, radio, third-party road mines and other third-party services related to the owner.

Around these, Spiron has done some integration of upstream and downstream partners on the interactive technology of speech recognition. This is in the technical navigation, with a series of mainstream manufacturers in Baidu, Gaode and Highlide. Have done a deep integration. In fact, many in-vehicle usage scenarios can actually interact, allowing the user to truly realize the full-process voice interaction, that is, he does not need to end the task in the middle of the driving process in conjunction with the touch screen interaction. This is very important. aspect.

Created an AIOS system for the Internet of Vehicles

Lei Xiongguo added that in addition to AIOS, Spirit currently has a complete solution for robots and smart homes. AIOS has a series of core technologies, AI, which is not special for partners and users. Concerns, for developers who don't know much about voice technology, does not affect his ability to use the entire voice interaction. OS, this function is a series of modular construction, each customer has some customization needs. At the time, I was able to do custom development myself, so this left a very different way of implementation for users and developers.

In addition, third-party services include map-based, photocopying, and third-party O2O-based services, which are currently being brought in by Spirit. Lei Xiongguo said that he hopes to access more partners' services on the vehicles on these platforms. In addition to smart cars, there are smart homes and robots. In these two areas, there are some core technologies, including the original identification. , including echo cancellation and sound source localization and other related technologies, these technologies will play a very important role in the entire interaction process.

From the above perspective of third-party cooperation content, Spirent is also a very open mind. Lei Xiongguo stressed that Spirit hopes to cooperate with more third-party content providers, to make voice interactions possible to provide every content service, and to be able to pay attention to content services from voice interactions, without hands-on interaction. In the case of the case can also be passed to the owner of the vehicle.

Quamtum board led grow light has super slim characters, its thick heat sink help heat dissipation soon. It needn't fans to dissipate the heat, no noisy, it is very quite.

We have from 50 Watt to 3000Watt items to meet all your requirement.