â€œJumpâ€ luminaires provide optimal lighting distribution, color uniformity and unique system performance for commercial lighting applications such as offices, educational venues, libraries, medical and retail locations. Its unique LED LOGIQ? design method enables the LED to have MesoOptics? holographic nanotechnology to optimize mixed light, color, control high angle glare, create a precisely controlled batwing distribution, and hide the LED light source to make the space more visual. In addition, the "Jump" luminaire is characterized by the integration of the Response daylight harvesting sensor, which can further reduce the energy consumption of the LED by 35%, which helps to extend the sustainability of LED lighting. 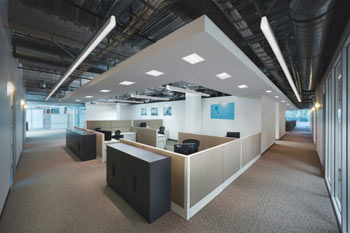 The â€œJumpâ€ luminaire combination has a variety of light sources, styles, colors and mounting options. In addition, the product features a simple â€œplug and playâ€ mounting device that simplifies maintenance, upgrades or replacement. The expected life of the LED is 60,000 hours and the entire lighting system has a five-year warranty.

This POWER Bank possesses a lithium ion battery at its core, which takes up to five hours to be completely charged. As for the output charging speed, it stands at a thousand milliamp hours per hour.
The input port is a micro USB, while the output port is in the form of a single USB. There are two lights on display, for the purpose of indicating the levels of charge. This power bank can be used up to or more than 500 full cycles. It is compatible with several commonly used gadgets such as iPhone, iPod, mobile phones, and even digital cameras. Basically, it fits well with any device that has a USB interface.